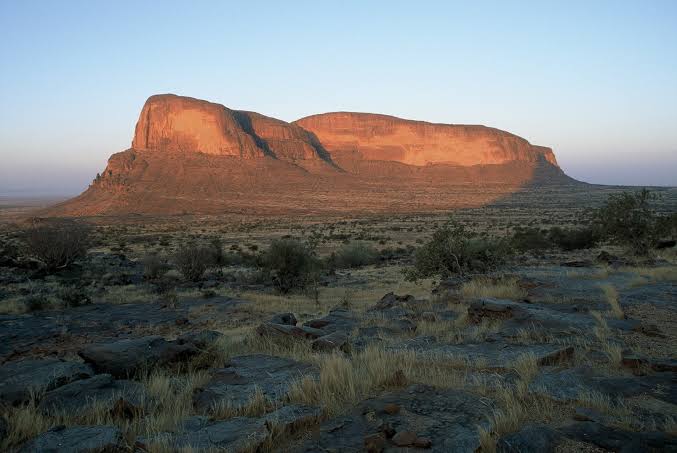 Djenne (Mali), founded in 800 AD, is one of sub-Saharan Africa’s oldest cities. Situated on an island in the Niger River delta, Djenne was a natural hub for traders who shuttled their goods between the Sahara desert and the forests of Guinea. Through the years Djenne also became a center of Islamic learning and its market square is still dominated by the beautiful Grand Mosque. Djenne is located a few hundred miles downstream from Timbuktu.

The market in Djenne, held every Monday, is one of the most interesting and lively markets in Africa, and well worth planning your trip around.

Marketed as “Africa’s last Eden”, Loango National Park in Western Gabon is a relatively new eco-tourist destination. Loango is the only place in Africa where you can see whales, chimps, gorillas, and elephants in one park. In Loango you get to enjoy wildlife on the beach, Savannah, swamp and forest in a single day.

There is a main lodge in the park, and several satellite camps. Ideally, you should spend a minimum of 3 days exploring the various areas of the park, since it is so diverse.

Safari operators in Gabon include:

Goree Island (Ile de Goree) is a small island just off the coast of Dakar, Senegal’s sprawling capital city. It’s a haven of tranquility compared with the noisy streets of Dakar. There are no cars on the island and it is small enough to find your way around on your own.

Goree Island was a major slave-trading center. The island’s main attraction is the Maison des Esclaves (House of Slaves), built by the Dutch in 1776 as a holding point for slaves. The house has been converted into a museum and is open every day except Monday. There are several other interesting museums to visit on the island, as well as a thriving little jetty lined with fish restaurants.

The Bandiagara escarpment in eastern Mali is home to the Dogon whose traditional homes are literally carved out of the cliffs. Some of the homes were built by the original inhabitants of this region, the Tellem, and are so high up, even rock climbers can’t reach them. The escarpment runs for 125 miles and offers the visitor glimpses of unique villages, rich Dogon culture (including wonderful masked dances and art), and a stunning landscape.

Visitors to the region usually start off in bustling Mopti but you can also stay in Bandiagara at the unique Hotel Kambary. Walking with some decent shoes and a good guide is the best way to explore the region. The best time to go is from November to February.

Ganvie in Benin is a unique village built on a lake, close to the capital Cotonou. All of Ganvie’s houses, shops, and restaurants are built on wooden stilts several feet above the water. Most of the people rely on fishing as their source of income. Ganvie is not the friendliest place to visit in Benin, but it makes for a fascinating day trip and it’s a unique place.

To get to Ganvie, take a taxi to the edge of the lagoon in Abomey-Calavi and a pirogue will take you from there. Spend the day watching people shop, go to school, sell their wares — all on boats.

There are a few basic hotels in Ganvie (also on stilts and made of bamboo) but most people just take a day trip from Cotonou.